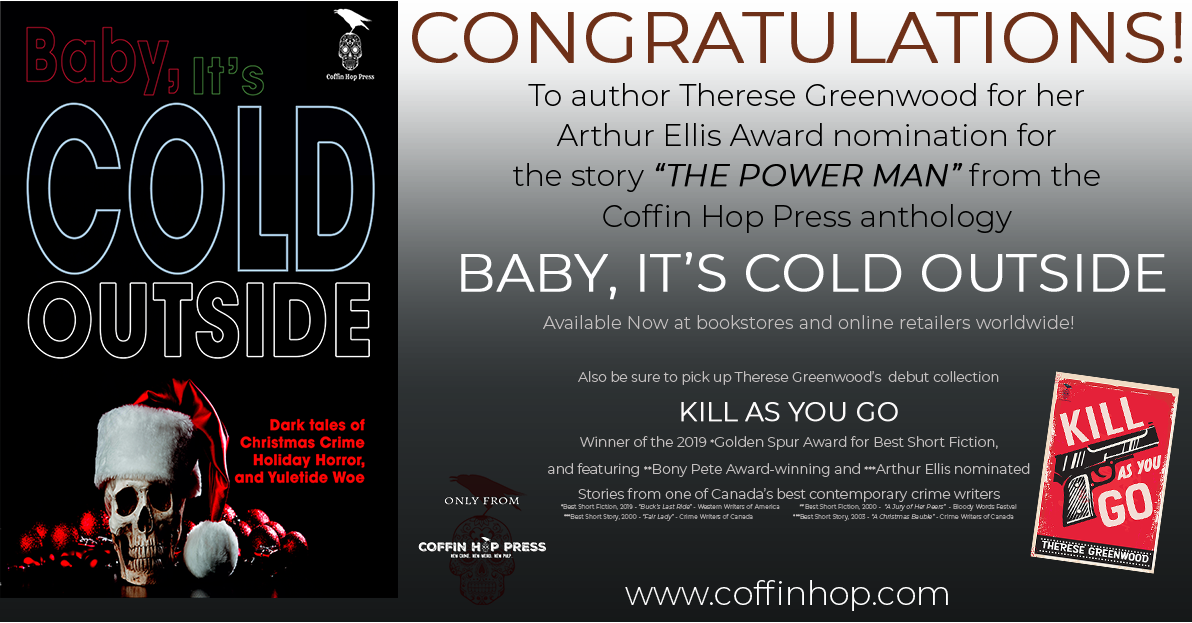 CHP alumni and author of KILL AS YOU GO, Therese Greenwood has been nominated for her third Arthur Ellis Award for Best Short Story from the Crime Writers of Canada for “The Power Man” from the Coffin Hop Press anthology BABY, IT’S COLD OUTSIDE.

Greenwood recently won the Golden Spur Award for Best Short Fiction from the Western Writers of America for her story ***“Buck’s Last Ride”, which appears in her debut collection KILL AS YOU GO, alongside her two previous Arthur Ellis nominated stories, *”Fair Lady” and *“A Christmas Bauble”, as well as her Bony Pete Award winning story **”A Jury of Her Peers”.

Greenwood also recently published a memoir of her experience during the Fort McMurray wildfires of 2016, What You Take with You: Wildfire, Family, and The Road Home from the University of Alberta Press. Visit her online at www.therese.ca and @WolfeIslander on Facebook and Twitter.

Find out more about BABY IT’S COLD OUTSIDE, Therese Greenwood’s KILL AS YOU GO and other great fiction at www.coffinhop.com