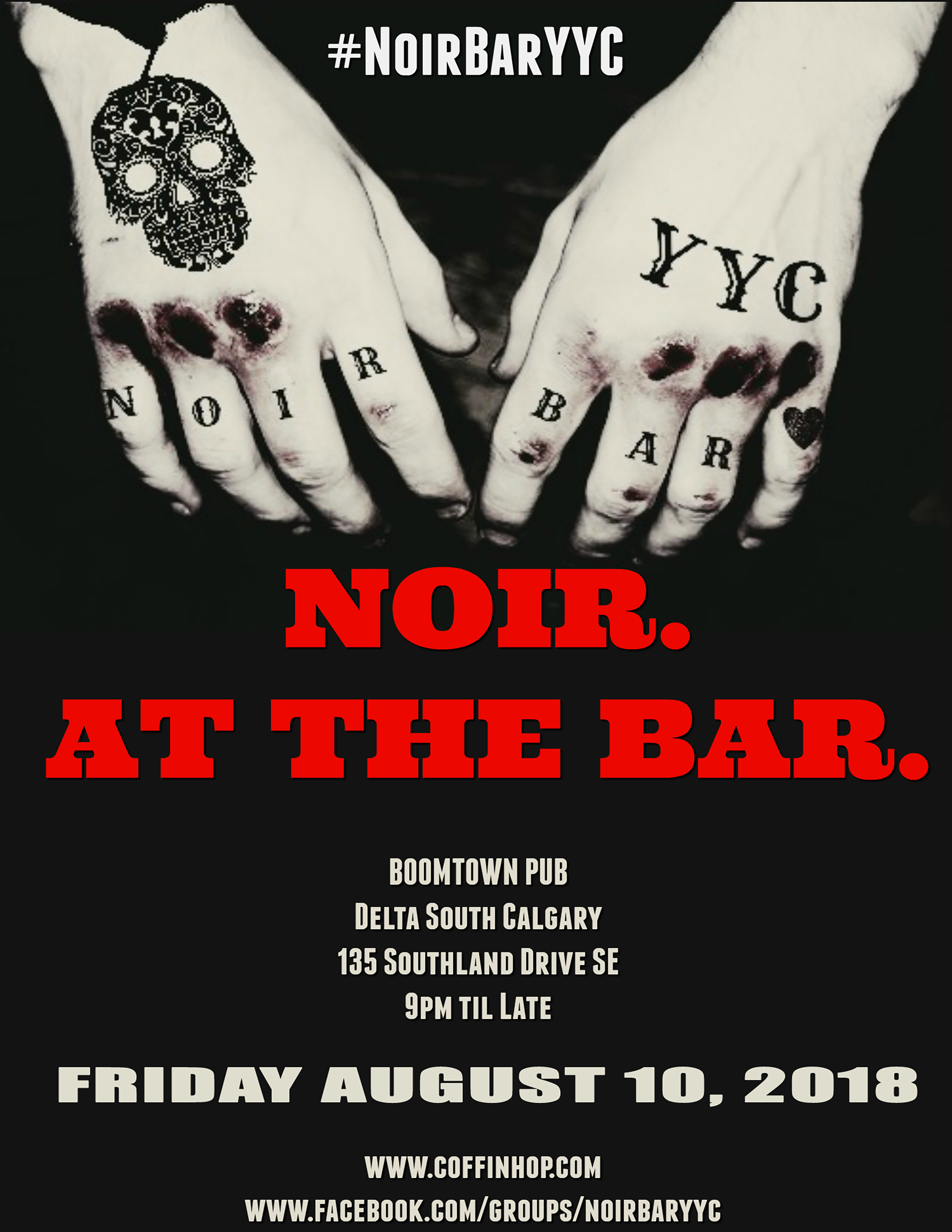 Polish your cement shoes, straighten your Columbian necktie, and brush the skeletons out of your closet for the annual Noir at the Bar extravaganza, Friday August 10, 2018 at the Boomtown Pub in the Calgary Delta South Hotel – 135 Southland Drive SE

9PM til Late as part of the When Words Collide Writers and Readers conference weekend. Open to the Public.
Bring your friends, your appetite, your extra liver, and your love of dark, ribald, and wildly inappropriate language, as crime writers from across the globe read their best and baddest in hopes of claiming the coveted Golden Skull! Check out the #NoirBarYYC Facebook group for more info.

We can now announce the first few stories that will appear, including:

“The Handler” by Pat Flewwelling, author of “The Fog of Dockside City” series

And here’s a little peak at the cover… pass it around! Officially launching August 12-14 at the When Words Collide conference, available everywhere August 1.